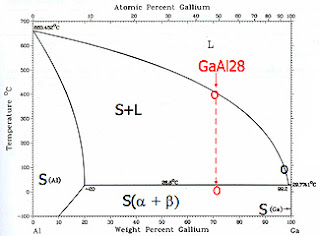 IANAC, but I think you need to reverse the sign on the second equation, but it still a bad deal.

No, those are all correct.

First of all, the water split reaction does not create alumina but AL(OH)3. And efficiency of aluminium electrolysis is close to 94% these days.

Your a little out of date the latest mix is down to around 20% gal with a small amount of indium and tin. The Aluminium in the new mix it closer to 75%