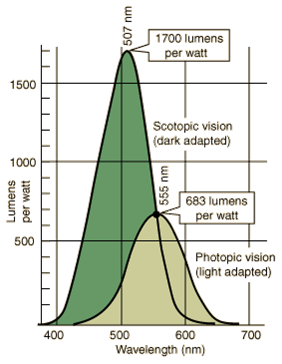 So I purchased a shiny (err.. matte black) new pair of Vibram Five-finger KSOs (Keep Stuff Out) last Wednesday. I tried on the Sprint as well, which pinched my right Achilles tendon.

Note that if your feet lie in the overlap region of men's and women's shoes you can fit the shoes in 1/4" rather than 1/2" intervals, with the women's being effectively 1.5 sizes smaller than a men's. I think that fit-wise, you should gage it by pulling back on the grab-loop on the back tense. Aim for 1/2" seperation between your heel and that of the slipper.

Compared to the Sprint, the KSO has a mesh upper which is supposed to keep debris from getting in and underneath the feet. The only debris I got in mine was stuff that was already stuck to my foot when I put them on. The suspension of the KSO is sort of a pulley system that attaches at the heel, comes forward and turn to pass over the top of the foot, where it attaches with velcro. The KSO (and Flow) appears to be built on a slightly wider rand than the Sprint or Classics.

The soles are remarkably sticky. There is a waffle pattern cut into the ball and heel that probably increases the friction, particularly on pavement or other flat surfaces. Running in them is not quite the same as barefoot but the degree of protection is very good. You feel everything you're running on, and sometimes things hurt a bit but only for a second and there's no lasting pain. Like barefoot, you have to watch where you place your feet, but you have considerably more insurance whenever you make a mistake, so you can run briskly. Running on a gravel track wasn't possible for me, but trails and grass were both very enjoyable experiences. I think the most dangerous thing to avoid running on would be thorns, which could conceivably slip through the toe pads and into the side of your toes.

These things appear to be very popular, and I can immediately see why. I bought my slippers on Wednesday, the saleswoman said that they got their shipment in on Monday and had already sold 1/3rd of their stock. They are sort of on the level of things like Gore-tex, Marmot's DriClime base layers, or kernmantle rope in terms of game-changing the technology and utility of outdoor gear.

Initially there was some shelf in the big-toe of my right slipper that was irritating the nail. However, with time to work in the slipper (and some work with a nail clipper) I don't notice this anymore. Pro-tip: cut your toe nails before you go to fit these. I've found the best way to set the toes is to sit with your feet flat on the floor and then raise your heels while planting your toes.

The shoes are a little sweaty, although I think this may be a feature rather than a bug: when wet the Five-fingers suction onto your foot better.

With regards to the other models, the Classic, at least to my eyes, looked to be the ultimate camp shoe for backpacking and mountaineering. Want to get your feet out of those plastic boats? Do a technical scramble? Ford a stream? The Classic model is only slightly lighter than the Sprint or KSO, however. All Five-finger models are considerably lighter than my Chaco sandles, for example, and very compact. I also think the Flow model would make a good watershoe for kayaking.
Posted by Robert McLeod at 5/07/2009 3 comments:

I've been digging around, looking for something to interesting to write about on an energy topic without a lot of luck. Unfortunately I think alternative energy development will slow faster than the rest of the economy. If anyone has any suggestions, please voice them.

In lieu of that, I offer some reading material:

An article in the New Yorker about how overgrown the finance industry as become, and why it should shrink to better fit the size of the rest of the economy. It's nice to see this meme appear in more 'respectable' corners of the world.

An article from NY Mag on how shoes screw up the natural human walking mechanics.

An short update on the status of research into the health status of paleolithic humans. Not only have humans shrunk physically since the introduction of grains to the diet some 10,000 years ago, Americans are now also shorter than in the 1950s. What the article doesn't mention is that brain volume is now much smaller than it was in the paleolithic-era too. The cynic in me wonders if brain volume has also shrunk since the 1950s.

Diet and health. What can you believe: or does bacon kill you?

Are nitrates/nitrites in meat hazardous (as opposed to nitrates/nitrites in vegetables)? David Colquhoun takes a look at the science and finds it wanting. In particular, check out the dose response curves. Any actual correlation is probably due to healthy patient bias. People who are concerned about their health don't eat bacon because they think its unhealthy, not because it necessarily is. Personally, I think that the quality of processed meats varies wildly from vendor to vendor. I buy bacon from Hutterites; it doesn't have an ingredient label.

Comparative Anatomy and Physiology Brought Up to Date

The site Beyond Vegetarianism seems to exist primarily to beat up on all fruit diets. Now there's a hard target! Nonetheless, they have some excellent articles on the likely dietary habits of paleolithic man. The article I linked goes through an extended discussion of what humans probably evolved to eat, given what we know about the anatomy of modern humans and our ancestors.
Posted by Robert McLeod at 5/05/2009 4 comments:

I went sprinting barefoot for the first time ever today. I'm sure I've run fast as a kid on the beach, but I've never done so on a field, to my recollection. It was an impressively... natural movement. There was no pain at all in my feet, although afterward I noticed I abraded some of my calluses a bit. I did step on a clear plastic bottle cap at one point (that went into the garbage) but it didn't really hurt since I just skipped with the opposite foot.

I think I was just as fast as with shoes and I had far better control at top-speed. Normally when I reach top-speed I am wind-milling my feet as fast as possible and I feel distinctly like I am not in control until I stop running and free-wheel down to a stop. I tried to articulate my feet; I'm not sure how successful I was but like I said earlier, the movement was very natural. In retrospect, it seems obvious that bare foot running should feel extremely comfortable, as long as you don't puncture your foot. Of course, one of the advantages of sprints is you can easily scout your route for anything you really don't want to step on.

I've had flat feet for a long time, and used orthopedics in my shoes to correct my gait to avoid shin splints and other muscle and knee problems from running and walking. I'm very tempted to try and toughen up my feet enough that I can try some moderate distance running, say a couple of kilometers, barefoot and see if I develop shin splints.

I've been looking around for Vibram Five Fingers awhile now but no one local in Edmonton seems to carry them. One of my friends said she had spotted them at Mountain Equipment Co-op, but alas, they were not there today when I checked. They are present on the website, but they don't seem like the type of shoes one orders via mail order without fitting. C'est la vie.
Posted by Robert McLeod at 5/03/2009 6 comments: