CBC put together a charming slide show of the Energy Crisis, circa 1972.

My favourite is #7, the underground home: 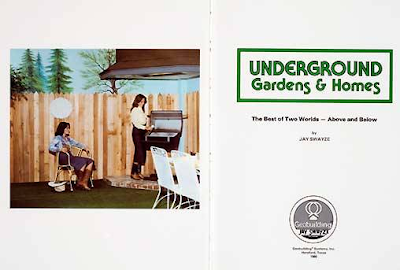 Look closely at the background. It's a map matte painting. I wonder why this concept didn't take off... 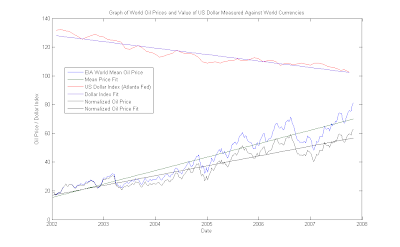 Now, the data that I've used is a couple of weeks old, but there's no getting around that. If you want to use the up to the minute spot prices for a commodity, rather than what people actually end up paying, you'll quite possibly come away with the wrong impression. Overall though, it seems clear, this run up in price is not really different in any functional sense. The drop in the US dollar is a nasty little self-reinforcing cycle thanks to the fact that a very large portion of the US trade deficit is due to importing roughly 15 million barrels of oil every day. If anything, I am undercompensating for the deflation of the US dollar. If people aren't willing to purchase US debt to offset that money flow, well, the results are pretty obvious. Therein lies the fallout from the US mortgage crisis, in that the world's gone on a mortgage debt diet. Whether or not we will see any large shifts in crude oil prices due to the mortgage business remains to be seen. Thus far, my fairly simple analysis suggests we haven't seen any significant shifts.
Posted by Robert McLeod at 11/05/2007 2 comments: