So I'm off to Portland, Oregon for a staid conference and a little fun (hopefully) on some of the copious Oregon rivers.  Of course on the drive down I'm stopping off in Fernie, BC so I'll have some fun for sure.

I realize the old blog hasn't been getting a lot of attention in the past few months.  Basically, I'm busy enjoying my summer and working hard on my Ph.D. program so I really haven't had a lot of spare time on my hands.
I'll be back, it's just that blogging in a purely altruistic activity for me, so something it gets pushed way back on the priority list. If you haven't already done so I would respectfully suggest you use some sort of subscription service, such as Google Reader, to watch my blog.

Meanwhile, some pictures of what I been doing this summer for your enjoyment: 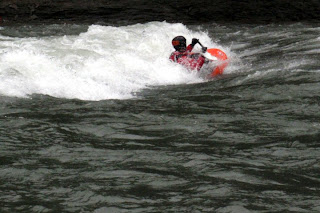 Surfing the Brierlies hole on the North Saskatchewan, near Rocky Mountain House. 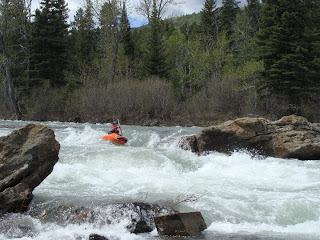 A straight-forward little drop on the Castle river, pretty much the only shots I have of me running rapids. Edging through the rolling waves. 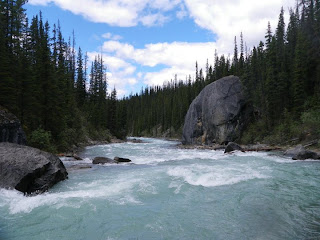 The Mistaya river at low water, at the junction of Jasper and Banff National Park. 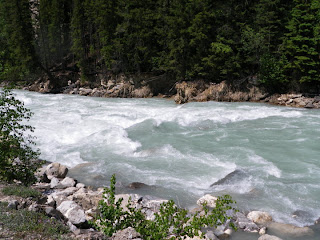 The Portage rapid on the Kicking Horse near Golden.  The scale is a little deceptive here, those waves are about as tall as a person. 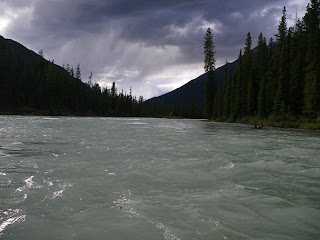 The float before the fun part of the Sunwapta river in Jasper National Park. 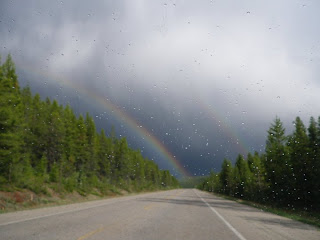 I seem to see an absurd number of double rainbows on my travels. 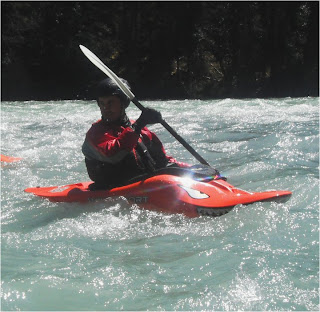 Watching for swimming beginners on the Whirlpool river in Jasper National Park.

Sadly, as things get more difficult in whitewater, the tendency to take pictures drops off, so not too many really fun pictures here.  Maybe I should get a helmet camera...