So the Securities Exchange Commission is said to be probing Apple over accusations that they may have misled the public over the state of Steve Jobs' health.

One can imagine that if Jobs had cancer in the Islets of Langerhans, the portion of the pancreas responsible for insulin regulation, that yes, he might have some diabetic-like health issues associated with that. Doesn't the SEC have something better to do? E.g. meanwhile we learn that Merrill-Lynch maneuvered to deliver $3 billion inbonuses before being bought-out by Bank of America. Merrill-Lynch lost over $20 billion in that quarter, and BoA is demanding that it be bailed out by the US taxpayer now for the same amount. This idea that financial companies need to pay out bonuses to retain "top talent" during a period when the financial sector is undergoing a severe contraction is a canard. Where are they going to go work, the construction industry?

Via Nathan Vanderklippe at the Globe and Mail, we learn that Suncor, one of the original and bigger oil sands producers, has posted a C$215 million loss for the 4th quarter of 2008.

The price of oil has fallen since then. I don't imagine the other producers will be doing much better, although Suncor does burn the least amount of natural gas and predominately runs an open-pit mine to the best of my knowledge. As I've pointed out previously, the marginal cost-of-production for synthetic crude from bitumen is around $50/bbl. The article is claiming it's more like $36/bbl although that may not include refining. If the oil sands of Alberta shut down due to extended low prices, that's approximately $1.3 million barrels per day taken off the market.
Posted by Robert McLeod at 1/20/2009 No comments: 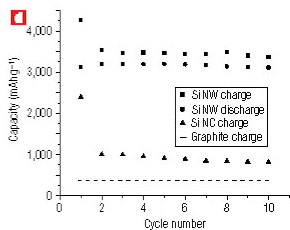 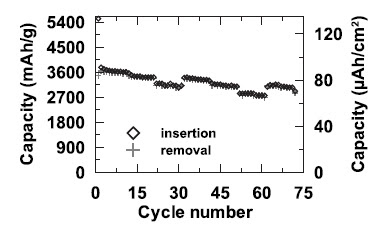 Overall, I think that this is an important step in terms of fabrication and longevity. We are still looking at a minimum of a decade before any such silicon Li-ion batteries hit the shelves; this is progress on that path.
Posted by Robert McLeod at 1/07/2009 1 comment: