Silicon is, theoretically, a superior material for the anode compared to carbon. The theoretical charge capacity for a lithium-silicon battery is around 4.2 Ah g-1 compared to 0.37 Ah g-1 for graphite-based anodes. In the experiment, they achieved stable performance around 3.1-2.1 Ah g-1 for the output. Just by way of comparison, if one could achieve a cell voltage of 3.5 V and 2.5 Ah g-1 charge capacity, that corresponds to 8.75 kWh/kg or 31.5 MJ/kg (of anode material only -- the remainder of the battery might constitute +75 % of the mass). Gasoline (iso-octane) contains 44.4 MJ/kg and only about 30 % of that is actually used as work in spinning the wheels. So this is a potentially very significant result. When you take into account the greater mass of an internal combustion engine compared to an electrical motor, the electrical car has potentially a higher energy density.

However, silicon suffers from a massive volume change when transforming from lithium loaded to unloaded -- about 400 %. In comparison, the previous article on a sodium-ion cathode material reported an improvement in volume change to 3.7 % from 6.7 %! Obviously, these are not even remotely in the same regime, aside from the fact that one is an anode and the other the cathode. As I explained previously, the volume change is often a good indicator as to the resilience of a battery over tens of thousands of cycles. A 6.7 % can be accommodated by a crystal lattice without major movement of individual atoms. A 400 % volume change implies massive bond breaking and reconfiguration. There is no way a crystalline material can withstand such changes so any silicon anode must be amorphous.

The advance reported by Chan et al. is to form the silicon into a 'forest' of small diameter (~100 nm or several hundred atoms across) nanowires. Nanowires are, in general, better able to handle large changes in dimension due to thermal expansion, etc., because they can elongate freely without breaking up. Nanowires may also accommodate stress by curling up, like a spring. If a bulk material tried to expand that much, it would run into the material to its right and left, they would have a violent disagreement as things often do when they run out of space, and everything would (literally) fall apart.

From a manufacturing perspective, it is fairly straight-forward to fabricate such a 'forest' of nanowires. A typical method would be to anneal a thin film of Silicon Sub-oxide (i.e. SiOx, where x < 2) in a thin atmosphere of Silane gas (SiH4) that has some small catalyst (Fe/Ni) particles embedded in it. In this case, they used gold nanoparticles on a nickel substrate. The catalysts absorb silicon from the gas and grow outwards, forming nanowires.

The nanowires Chan et al. grew were initially crystalline but they found via electron microscopy that they quickly became amorphous after cycling. This phase change was accompanied by a significant loss of performance. The charge capacity was found to be 4.277 Ah g-1 after the first cycle to 3.541 Ah g-1 for the second. The efficiency of the cells was only 72 % for the first cycle but rose to 90 % after that, which is typical for lithium cells (i.e. multiply the given charge capacity by the efficiency to get the charge they got out of the cells). The author's report that, "The mechanism of the initial irreversible capacity is not yet understood and requires further investigation." I don't think it's a stretch to infer that the phase change from crystalline to amorphous is the reason. One would likely achieve better results by starting with amorphous silicon nanowires and not putting the system through that initial shock.

On the negative side, the volume change is still immense. I'm unsure that these structures can hold up over tens of thousands of cycles like other chemistries can. The report only conducted 10-20 cycles. While the graphs shown in the paper the suggest the performance becomes asymptotic (stabilizes) at 20 cycles, that likely is due to the phase change from crystalline to amorphous being fully completed. There could well be some 'cliff' out around several hundred cycles where the wires embrittle and begin to break.

Update: edited to fix a broken tag that ate a chunk of the post. Silly blogger editor.

I am going to poll my readers for help on a problem. I am trying to find meteorological data for wind speed from a number of geographically separated weather stations. By geographically separated I mean, on the scale of Texas or Ontario. I need the data to be measured hourly or faster. The data needs to be in some reasonable downloadable format so that I can parse it without too many difficulties.

Thus far, most of the data I've found is proprietary and people want me to pay for it. Since I don't make any money writing this blog, I'm not willing to do that. The only source of decent free data I've found is from the University of Waterloo.
Posted by Robert McLeod at 12/18/2007 8 comments: 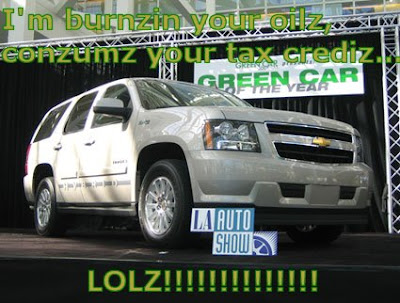